Most franchises we see or dine at, in Malaysia, we always think that it is made in America or probably another international country because sometimes we can’t believe ourselves that it is so successful and so delicious, right? Well, don’t be fooled! There are actually many cafes that are created by entrepreneurs in Malaysia, let’s see!

We’re pretty sure you thought this cake and fusion food cafe is made in America, all thanks to their super delicious cakes! Also, there are cakes that are named as “American brownies and New York Cheesecake” that might have confused you. But guess what? This cafe is made in Malaysia! It was launched in Malaysia in 1997 by Steven Sim, together with three of his nephew who were bakers. They have outlets internationally in countries such as Singapore, Philippines, Australia, Pakistan, and Cambodia as well.

Yes, your favorite fish and chips store is also made in Malaysia! It’s amazing how it taste, which is as good as other international brands like Fish and Co. Don’t be fooled, as it is not from Manhattan! This outlet serves lip-smacking American inspired seafood which follows the same concept as Fulton Fish Market at Fulton Street, Brooklyn, United States. This place was founded by George Ang, and his two other close friends, Dr. Jeffrey Goh and Dickson Low whom are Malaysian locals. 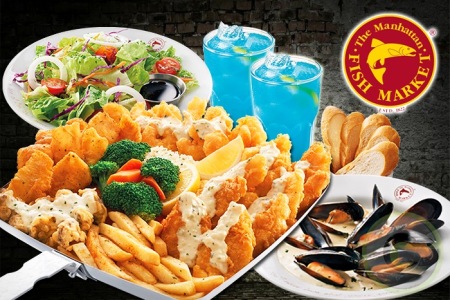 Not many people know about this, because many of you might have thought that this coffee joint is made in America, as the name itself says it all – “San Francisco.” Well at least, we thought that it was similar to Starbucks, but you know,  just not as popular, but we’re wrong! This coffee joint was founded in 1997, and is currently quite popular for their coffee, and is owned by a Malaysian company Lyndarahim Ventures Sdn. Bhd. The directors under this company is Datuk Abdul Rahim Zin, a former banker that went into business of making good coffee. This cafe is now opened in Malaysia and Singapore and has up to 23 outlets. Woah!

It’s similar to an all American concept of hotdog roadside stalls. 1901 Hotdogs has rebranded their tagline from “A wholesome Authentic Bite to Food for Friendship.” They have also changed their logo to a newer one few years back. They do sell amazing hotdogs that are fulfilling and satisfying, which actually is really good for a Malaysian local brand. Although it says 1901, but it was founded in 1997 by Zakir and Tengku Rozidar Tengku Zainol Abidin. The name 1901 is inspired by how the ‘hot dog’ story came about by a sports cartoonist named Tad Dorgan in 1901.

Who else is currently mindblown? Because we sure are, and we’re so proud to be living with such successful food chains!

Most Hated Politician In The Country : Azmin Ali Was Mocked, Insulted, Laughed & Ridiculed For His Stupidity

Azmin Ali : States Gov Reluctant To Comply With Federal Policy To Re-Open The Economy Were Given A Warning – Billions of Dollars In Legal Suits

UMNO Raring To Force A Snap Poll & Confident That Muafakat Nasional Could Win In GE 15 – Who Can Make A Political Comeback?