[HEARTBREAKING]: Singaporean Father And His Three Kids Have Been Sleeping On The Corridor For Over Half A Year - The Coverage

After selling off his flat in a divorce settlement last year , a man was forced to sleep in the corridors of Block 17A, Telok Blangah Crescent, along with his three children — two sons, aged 21 and 17, and another 13-year-old daughter — for over half a year.

The man moved into his aunty’s 5-room HDB flat, but due to space constraints, decided to sleep on the corridors with his kids instead, reports Lianhe Wanbao.

When reporters visited the HDB block (Feb 18) at around 10pm, they found the corridors furnished with blankets, pillows, shoes, and even pet supplies. 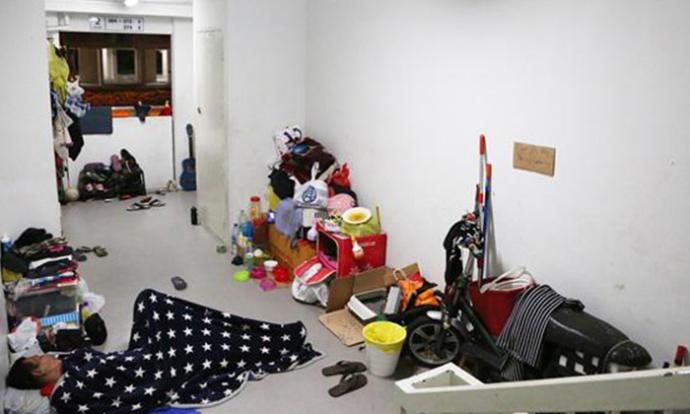 According to the man, he would sleep on the corridor with his kids every day, and this had been their sleeping arrangement for more than half a year.

A neighbour clarified that although the man moved into his aunty’s house after his divorce, the 5-room flat already had eight occupants, and there was simply not enough space to accommodate the man and his children.

The man’s 13-year-old daughter also disclosed that her father is currently unemployed due to a leg injury, and the family is unable to afford a rental flat.

Member of Parliament (MP) for Radin Mas Single Member Constituency, Sam Tan Chin Siong told reporters that he had applied for aid with the relevant authorities after discovering the family living at the corridors in September 2016.

The MP is currently helping the man to apply for a rental flat while other organisations help to land the man a job.