So we’ve all heard about the “Muslim Only”laundry that was currently the hottest topic of the internet since yesterday. Many are surprised by this, and you’re not the only ones.

The Johor Prince, expressed his disbelief at the laundry store and claimed that it is an éxtreme’ move for them to bar non-Muslims from using their machines.

He said in an Instagram post accompanied with the news report of the laundry that had created a huge hype over the internet recently. Tunku Idris Sultan Ibrahim was surprised by the discrimination himself.

“Is this for real? This is too extreme. I’m appalled. I’m not as worried for the owner of the shop than I am for the people that actually praised it. A scary sign to where we are heading.” 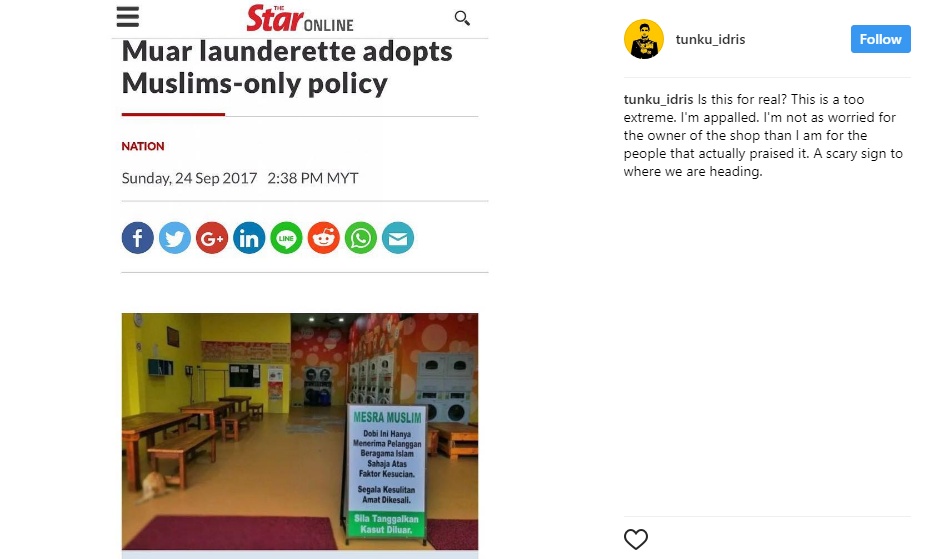 He also shared another quote on his Instagram that said,

MUST READ  Breaking News : Rosmah Mansor To Face 20 Charges In Court Soon - Spent RM1 Million On Supplements That Could Enhance Growth Hormones & Sex Drive By Up To 600% 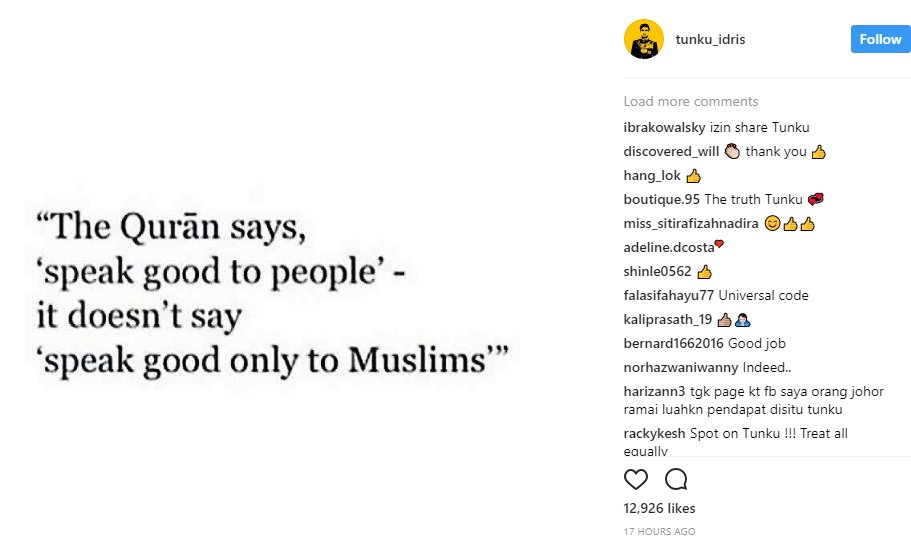 Many netizens praised him for his thoughts regarding the issue. He also added,

“Islam has taught me about tolerance and respecting people of other faith. Not about supremacy over others.”

Meanwhile, there are other religious authorities that disagreed whether this was a discrimination.

News reports also reported that Johor Islamic Council adviser Nooh Gadut, had said that Muslims and non-Muslims should ensure that their laundry are not mixed together with “najis mughallazah”, or faeces of pigs and dogs.

However, as for Perlis mufti, Mohd Asri Zainul Abidin he said that such ‘narrow-mindedness’could lead to extremism and it will be impossible for Malaysia to be a multi-racial society.

As for the owner of the laundry, he said that he was only doing his duty as a Muslim.

Are you in support of this? What do you think?