Recently, StompSg shared a viral video featuring a legal wife violently attacking and stripping her husband’s mistress at Starbucks Coffee.  In the shocking video, the wife can be seen woman confronting the mistress and is sitting on top of her to stop her from moving. 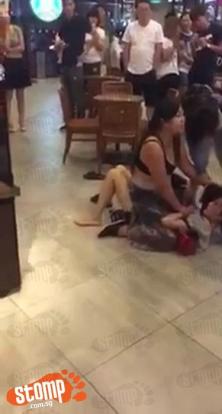 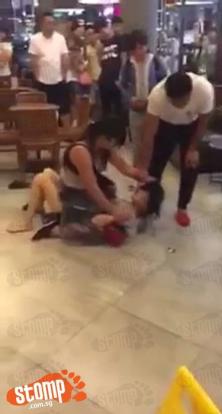 In the video, a man in a white T-shirt, presumably her husband is trying to intervene. The angry wife ignores her husband and continues to sit on the woman and attack her viciously.

At one point the wife even strips the mistress to shame her in public. Her daughter is standing next to her crying and calling for her but still nothing changed her mind. She went on attacking the mistress repeatedly. 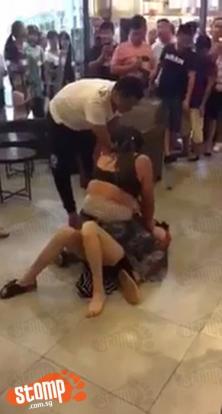 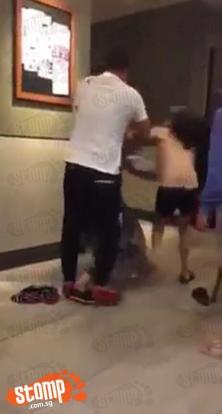 Although netizens are saying that this incident happened at a shopping mall in Singapore, StompSg can’t confirm this for now. Here’s the shocking video below:

READ ALSO  Woman Arrested For Calling Ex-Boyfriend More Than 27,000 Times in A Week! He Almost Gone Into Depression!
Powered by Inline Related Posts

Dear Prime Minister, You Are Not Stupid, Only Inefficient

Bazi : How Someone Can Steal Your Spouse & Lover ?

Tajuddin Rahman : There Is A Possibility Of UMNO Working Together With DAP To Create A Conducive Environment For The Country Development

How Control Of The Economy Corrupted UMNO : UMNO Leaders Own Massive Amounts Of Equity In Monopolistic Businesses Such As Banking, Insurance, Securities, Foreign Labour Import And Sand Mining Licences