Singapore claims that Bak Kut Teh is originated there - The Coverage

Well, well, whoever wrote this news has clearly made a defamation. We all know the “bak kut teh” dish is Klang’s pride in Malaysia and it was invented here firstly. How can Singapore claim that they were first to create this dish. No way, Malaysia is backing down!

This man by the name of  Akihiro Takahashi, 43,as reported by Channel News Asia was in Singapore for a business trip when he first tried this fascinating fragrant Chinese dish of the pork rib broth. He was really amazed by the taste of it, and told the news source,

“I was fascinated by how delicious it was … The taste was impactful. At the start, Bak Kut Teh looks like a very simple dish but in just one mouthful, you can taste pepper, garlic and the juiciness of pork meat. I became so obsessed that I went to try another Bak Kut Teh shop.”

Well, if he actually was on a business trip in Malaysia, we’re sure he would have had a taste of perfection here. Right, guys?

The actual origin of the dish is unknown, but we do know the culture of how it was created. It is believed that the Teochew variant of the dish reached Singapore in the 1940’s. However, in Malaysia, this dish is a local delicacy in Klang restaurants, that was believed to have been around since the 1930s after it was brought down from Fujian, China.

This Hokkien “lang” styled dish in Malaysia, comes with dark coloured herbal soup, and all sorts of pork parts that you can select from. The soup is often a little salty and thick, but has a really “kaw” and strong taste. It is normally eaten with a plate of garlic oiled rice, and cili padi together with fried garlic to top it off. However, the Teochew-styled bak kut teh in Singapore is clear peppery broth. 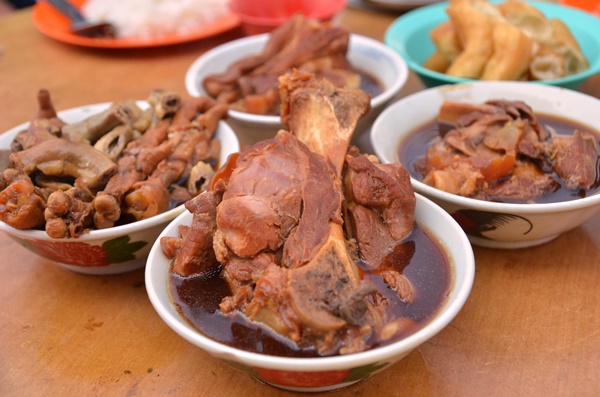 It is said by Channel News Asia, that it took up to 3 years for Takahashi to replicate the “bak kut teh” recipe from Singapore. Really? That’s so long! We should be the judge of that dish!

“We had more than 300 tasting sessions during the preparation period. From famous shops to the lesser known ones, we ate from morning to night… to figure out what taste was more popular and understand the ingredients one by one.”

He also is the co-founder of Tomori Susumu that recently opened in April this year of  the Singapore Bak Kut Teh restaurant in Japan. The dishes were sold at two set meal prices of ¥980 (RM38) and ¥1,280 (RM49). Anyone in Japan, care to share with us how it taste like?

We couldn’t help but to share this story as one of Malaysia’s pride and delicacy is the “Bak Kut Teh” dish and it’s not right for Singapore to claim it’s theirs! No offence Singaporeans, but it’s the truth!

Most Hated Politician In The Country : Azmin Ali Was Mocked, Insulted, Laughed & Ridiculed For His Stupidity

Azmin Ali : States Gov Reluctant To Comply With Federal Policy To Re-Open The Economy Were Given A Warning – Billions of Dollars In Legal Suits

UMNO Raring To Force A Snap Poll & Confident That Muafakat Nasional Could Win In GE 15 – Who Can Make A Political Comeback?

“Project IC” : 700,000 Immigrants Had Been Given Citizenships – 179,520 Rohingya Refugees In Malaysia Demands Citizenship?